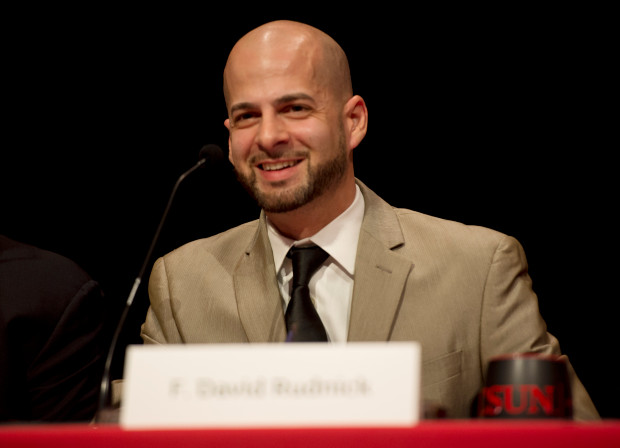 David Rudnick is a local business owner and real estate investor currently living in Lancaster. Mr. Rudnick owns and operates a chain of appliance repair companies in Las Vegas, San Jose, Santa Clarita and Palmdale. He is a lifelong nonprofit volunteer and human rights activist who has also worked tirelessly to protect the environment and civil rights. More importantly, Rudnick understands the history behind many of this nation’s long term obstacles and that they must be approached from an entirely new angle. As a business owner and investor David knows firsthand the various obstacles hindering many of America’s newest businesses and women from financial success. Government red-tape and exhausting paperwork that intimidates the average American as well as distracts from the daily routine of running a business. He has experienced the hurdles of the credit system and the exorbitant interest rates to borrow money that are now commonly levied by corporate banks and credit card companies on most Americans. Interest rates that are borderline usury and criminal. As a veteran, David also knows the struggles that all of our service members are going through in and out of uniform. Rudnick has unique legislative ideas that will permanently end veteran homelessness and restore pride within our veteran community. David needs our support because our community and nation need his voice. We encourage you to read a bit more about David Rudnick’s background and his vision below.

"There is no higher calling than public service and to help those in need. The Lord has Blessed all of us with unique talents and qualities but, He has Blessed me with knowledge and wisdom. Both of which, I intend to use to better my fellow man as well as the next generation."

David Rudnick, a Pennsylvanian by birth and raised in a minority-majority small town in South Carolina, is proud to carry on a long family tradition of service to the local community and to the nation. Ideals which were instilled in him by his mother a lifelong children’s Church director and missionary as well as his father who was a veteran and also, assisted with various functions within the Church as a Deacon. In addition, David Rudnick also comes from a long and proud line of veterans on both sides of his family with a storied history on his father’s side that dates back to defending the Union at the height of the Civil War and also, the nation’s founding at the start of The American Revolution.
Rudnick’s own journey into politics began in 1999 at the age of 15 lobbying political and religious leaders against the passage of China’s status to PNTR (Permanent Normal Trade Relations). David recognized even at a young age China’s horrendous human rights abuses as well as their unfair trade practices. Unfortunately, PNTR with China would later pass the Congress and become law leading Rudnick to volunteer for his first political campaigns against those who had supported PNTR- both Democrat and Republican.
A few months later Rudnick decided to volunteer with Sen. John McCain’s first Presidential Campaign in 2000 eventually working his way up to being appointed Deputy Director of Cherokee County in South Carolina (right before the major primary). McCain would lose the primary but Rudnick managed to garner the respect of many of his much older peers. The following year, Rudnick would serve as a personal page to both former Gov. Mark Sanford and Sen. Lindsay Graham at various functions receiving official accommodations from the state party and the state senate.

"I am proud of my work with the McCain campaign in my early youth- he was an honorable man. What could have been if Sen. McCain was elected over George W. Bush particularly in regards to how the War on Terror & Iraq were handled as, both conflicts were completely mismanaged at the minimum." 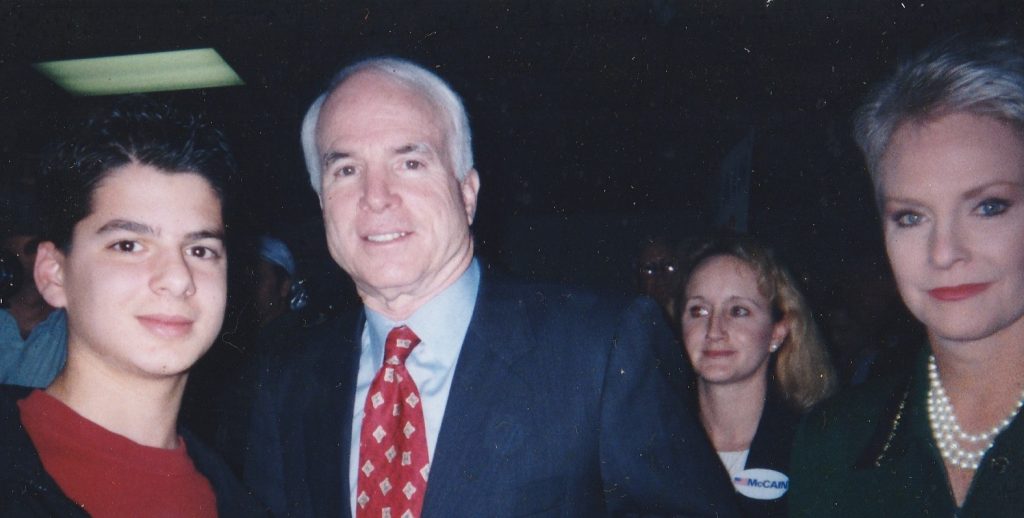 Upon graduating high school, Rudnick received admission to the Corps of Cadets at University of North Georgia (one of only seven senior military college in the US). Considered by many to be the sister school of West Point, Rudnick had the opportunity to train with America’s elite Army Rangers and Special Forces at Camp Frank D. Merrill nearby in Dahlonega in addition, to serving as a recruiter for the Corps of Cadets. Rudnick had a dual major in Political Science and International Affairs with a minor in Military Science. He was originally slated to branch into either the Infantry or Artillery but, because of his background in politics and colorblindness he was reassigned at the last minute to commission into the Army as a Civil Affairs officer or into Adjutant General Corps. The following day, Rudnick resigned from the US Army and enlisted in the US Marine Corps as an Infantryman. Rudnick served in the Marines for over four years. Today he is a business developer and web designer who has pioneered many internet marketing strategies. He is also a proud father of two young children Ze’ev and Rebekah. 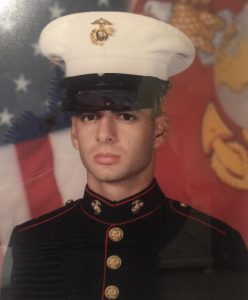